What an exciting day we have had at the DEWA Roman Experience in Chester today!

We began the day by being real archaeologists and looking for artefacts from different time periods. We then had to identify which artefacts came from the Roman period. The children were fantastic and correctly identified all of the Roman artefacts!

After that we had a guided tour around the museum, where the children learned all about life in the Roman era. The children were horrified to learn that when Roman citizens used the toilet, they used a sponge instead of toilet roll and the sponge was then shared with other people!

Following a short lunch break, we had a Roman soldier patrol around Chester. This was arguably the best part of the day as the children got to experience life as a real Roman solider! At the amphitheatre, the children learned how the Roman soldiers used their shields to defend themselves from the Celts who attacked them.  The children then learned about gladiators, and watched as Miss Hamlin and Mrs Mansfield (or Spartacus and Maximus as they are now called!) fought to the death!  It was a close battle but Miss Hamlin eventually won!

Overall we have had an incredibly fun and educational day!  Please see all our pictures from the day below. 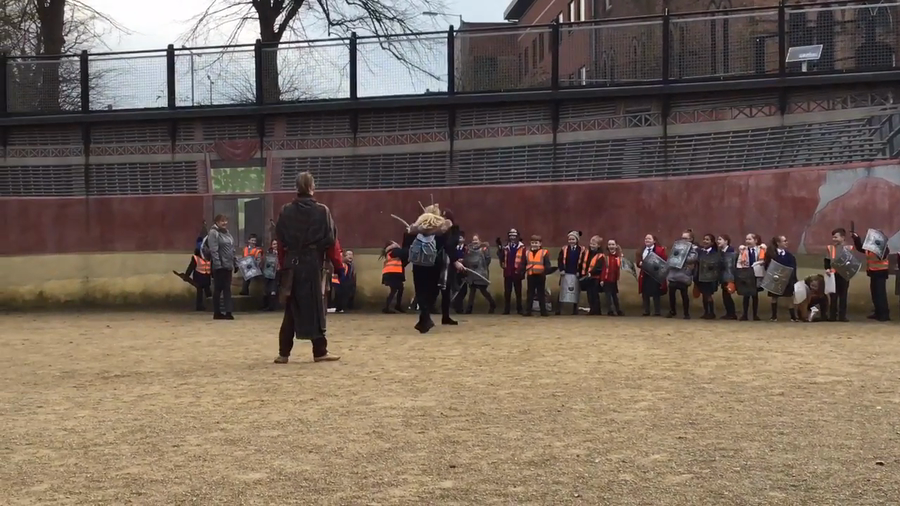